NOTE - This page is for the previous Ether Dream 1. Check the current website.

This is a work-in-progress developer-oriented guide to the hardware features and software architecture of the Ether Dream DAC. For setup and usage tips, see the User Guide. 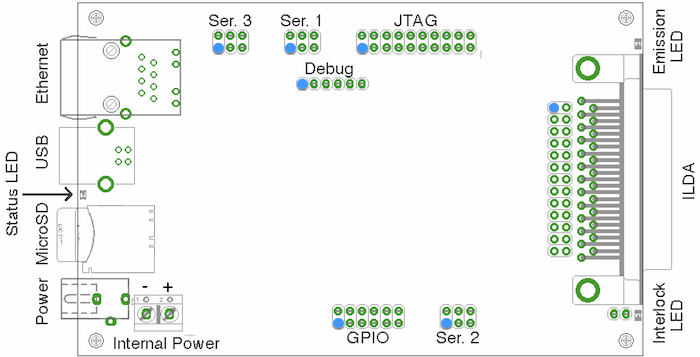 The Ether Dream requires no network configuration. By default, it will attempt to acquire an IP address with DHCP; if no DHCP server is found, it will instead choose a link-local 169.254.x.x address. Once it has an address, it will begin advertising its presence with UDP broadcast packets on port 7654. The playback DLL looks for these broadcasts to find DACs on the network.

Drivers are available for Windows and Mac/Linux.

The Ether Dream firmware, available on github, builds on a standard Linux system with the free CodeSourcery ARM toolchain. The README in the repository describes the needed tools.

There are three ways of updating the Ether Dream's firmware: